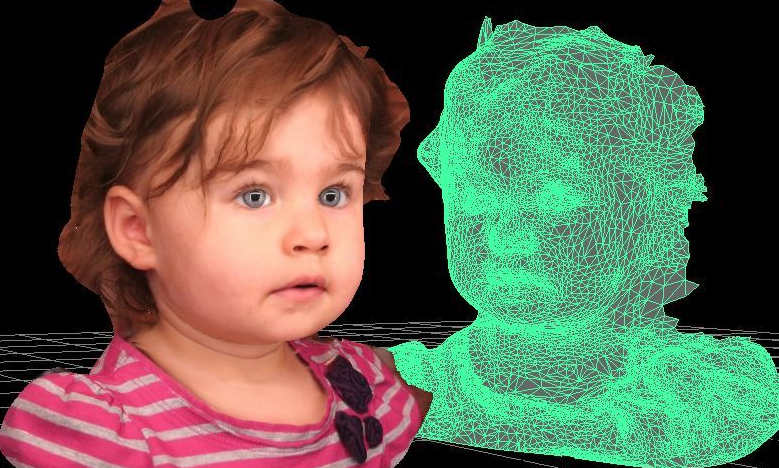 This is a test scan of my daughter, captured with the six camera face scanning prototype rig I built. Using multiple cameras firing simultaneously is the only way to capture a child in motion I believe (at least in 3D). Even using time of flight or structured light cameras, there will be motion blur or expression changes before the capture can be completed accurately. Photogrammetry also provides a higher resolution (14MP in this case) than the other methods. I’m not keen on blasting infrared laser light close range at my kid either.

I can see 3D scanning booths becoming an important addition to public spaces in the near future, as people want to get their likeness into games, 3D IDs, animations and as printable souvenirs. The depth from stereo pairs tech is there and consistent today. Building such camera rigs in mobile units can be as cheap as this prototype (under $1000), or up to $10-$20k, depending on how many cameras and the quality.